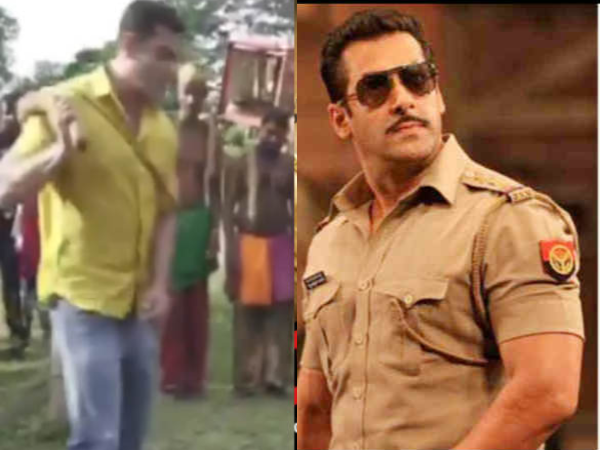 Superstar Salman Khan is currently shooting for the film Dabangg 3 in full swing. It is worth noting that the shooting set of Dabangg 3, many types of videos are frequently surfaced which become quite viral on social media. At this time, a video has surfaced in which Salman Khan is seen whipping himself. Do not panic .. Salman Khan is in this video with a community who do this kind of sport and flog their bodies.

Salman Khan met this community and saw this work himself. This video has been posted on social media by Salman Khan himself and has written that .. I am feeling this pain and request the child party not to try something like this.

Sonakshi Sinha will again be seen in Salman Khan’s film. Apart from this, Kicha Sudeep will be seen in a negative role in the film. The film will be released on December 2019.