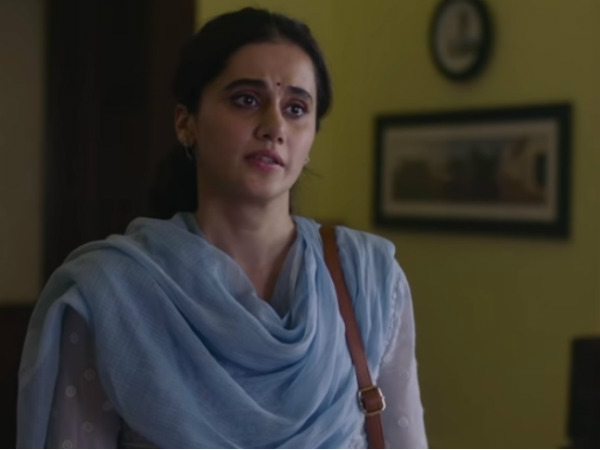 After Mulk and article 15, Anubhav Sinha has come up with another powerful topic, which is an answer to those in the society who think that everything is justified in love .. slap too. Taapsee Pannu starrer This film looks very powerful from the trailer itself. The story is about a husband and wife and a slap, which raises many questions. The film is releasing on 28 February 2020.

Somewhere this film is also being linked to the 2019 film ‘Kabir Singh’, where the director said that one can slap each other in love. There was a lot of controversy about this statement as well. And now the answer to that is the movie ‘Thappad’.

The trailer depicts the story of a couple Amu and her husband. The married life of both of them seems normal, when one day in the party, Husband gives a strong slap to Amu in front of everyone. Amu fights a legal battle against this slap.

Apart from Taapsee Pannu, there are strong starcasts in the film. The film stars Ratna Pathak Shah, Kumud Mishra, Manav Kaul, Dia Mirza, Tanvi Azmi and Ram Kapoor. The film will be released on 8 March 2020. Let’s say, Women’s Day is celebrated on 8 March ..