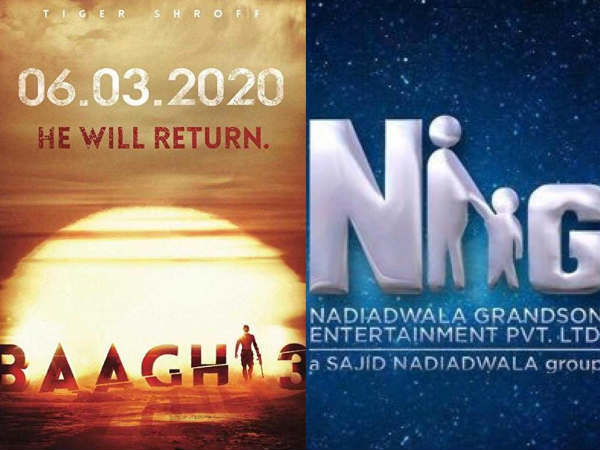 Tiger Shroff starrer “Baghi” is a successful action franchise, especially with Tiger’s action avatar. Nadiadwala Grandson Entertainment has stepped into its 66th year and “Baaghi 3” is his first film in this new year.

With this successful year Nadiadwala Grandson Entertainment has delivered different content and some great films that will be remembered for many years to come and it definitely makes his 65th year more special.

In its six and a half decades, Nadiadwala Grandson Entertainment has achieved a place as one of the most prestigious production houses in the country. His upcoming films in 2020 are – Baaghi 3, Tadap, 83 and Bachchan Pandey.

All four films are very strong. In Baaghi 3, where Tiger-Shraddha pair will be seen .. Sunil Shetty’s son Ahan Shetty is making his debut. Ranveer Singh Starr 83 tells the story of cricket .. At the same time, Akshay Kumar will do a Christmas blast with Bachchan Pandey.