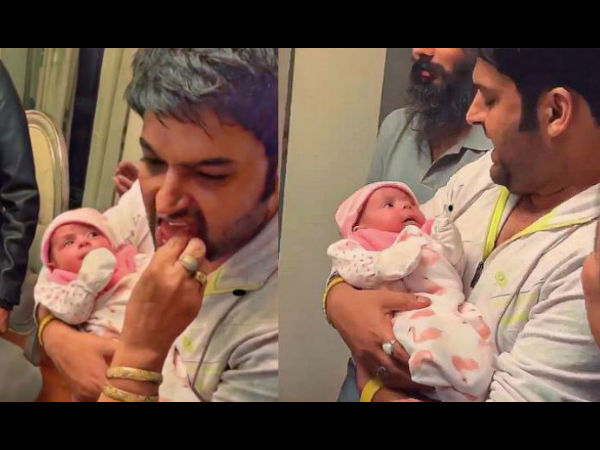 Kapil Sharma got married only a few years ago and now another great joy came in his life when a daughter was born in his house. Today the first picture of Kapil Sharma’s daughter has come out which is becoming more viral. Please tell that Kapil Sharma’s wife Ginni gave birth to their daughter on 10 December. Talking about the first look, she looks very cute and Kapil Sharma has taken her in his lap.

Kapil Sharma also revealed in his show that a daughter was born in his house. Currently this picture has been shared by a Kapil Sharma fan club.

As soon as the picture appears, it is becoming very viral. Kapil Sharma has not only included two films on comedy including Kiss Kis Ko Pyar Karoon and Firangi. For the moment, tell me how you liked the picture of Kapil Sharma’s daughter.