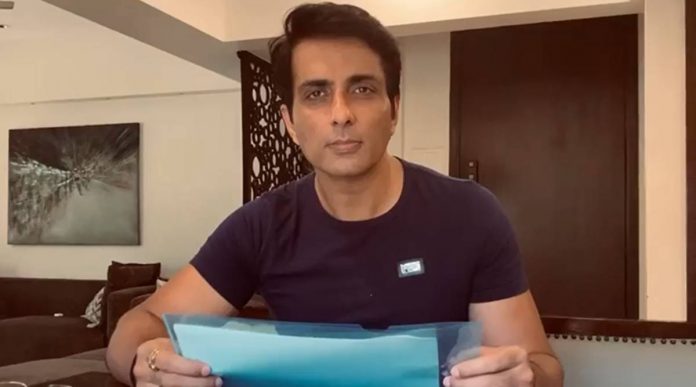 The speed and intent Sonu Sood is working on in this lockdown is commendable. After taking thousands of laborers home by buses, Sonu Sood has now sent 800 laborers to Uttar Pradesh by train. The train ran from Mumbai to Thane on Sunday night. In which the migrant laborers of Prayagraj, Azamgarh, Jaunpur and Hajipur of Uttar Pradesh went to their homes.

Sonu Sood himself also reached the station to see the laborers. Sonu Sood’s friend Niti Goyal is also supporting him in this campaign. Talking to ABP, he said that “The railways themselves incurred the cost of laborers on board the train from Thane. But these are the same laborers who were preparing to send us by buses.”

Let us tell, Sonu has reached home to thousands of laborers so far, while his campaign is still going on. The actor has arranged buses for the migrant laborers stranded in Mumbai. And so far thousands of people have been sent to the cities of Karnataka, Jharkhand, Uttar Pradesh.

Thousands of people are asking for help

No doubt, the amount of praise that Sonu Sood is making in this lockdown is less. People have become so confident in the actor that thousands of people are asking him for help on social media and phone every day. As much as possible on social media, Sonu is listening to the needy and giving help.

Girls were taken home by plane

On Friday, Sonu Sood transported 177 girls from Orissa trapped in Ernakulam, Kerala, to Bhubaneswar in a special flight. For this, an aircraft was specially brought from Bangalore to Kochi. These girls used to do sewing and embroidery work in the local factory.

The name of this mission of Sonu Sood is “Ghar bhejo”, under which he is sending people home one by one day and night. In an interview, Sonu told that sometimes he is engaged in this work till 4 in the morning, sometimes till 6 in the morning.

While thousands of people are thanking him for this honest move, some people have also given him the title “Messiah of Migrant Laborers”. Sonu Sood’s friend Neeti Goyal also supported her in this work.

Helping at your expense

Sonu is arranging buses at his expense and transporting people to his home. They are helping people by contacting social media and helplines. According to reports, Sonu has to spend up to 2 lakh on every bus.