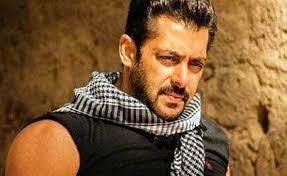 Nach Baliye 9 This time it is in great discussion due to its X concept. This is going to be the first time that when Nach Baliye is going to become part of Real Life’s X pairs. According to media reports, Salman Khan has given the idea of ​​concept of X this time. Under this, planning to bring Salman’s X to the show for promotion has now been done. According to the information available, Salman Khan’s former girlfriend Sangeeta Bijlani can be seen for the show Nach Baliye, which is going to start on July 19.

Sangeeta and Salman may appear as judges in this show. It is reported that in order to clean the concept of Salman X for the premiere episode, he can bring his old relationship to everyone. Salman has also mentioned in the show’s promos that he is going to reveal his love life. Recently, Salman had a birthday party for Sangeeta Bijlani. Bijlani won the Miss India title in 1980. Let me tell you that the 1989 multi-starrer movie was seen in Tridev. Later, he screwed up his acting in films such as crime, hatim tai, sin storm, ijtat. However, some interesting pictures of Salman Khan show you Where he is seen in a pair with someone special