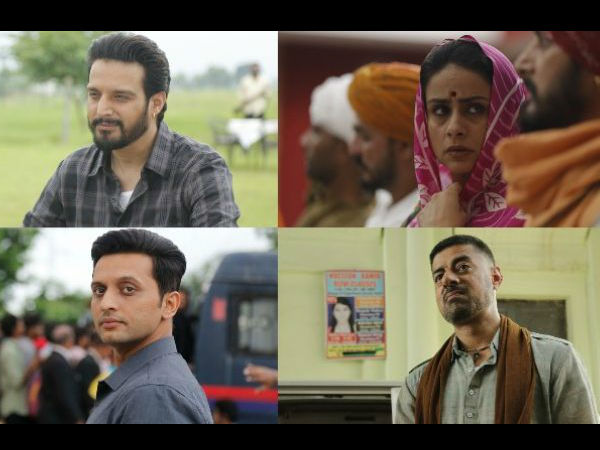 Take it with one hand and share it with the other hand…. This line of the main song of Rangbaz Phir again makes it clear what the Alam of this whole series can be. The series of web series based on the story of gangster begins these days.

It is worth mentioning that the bold scene of crime, abuse and coercion and coercion is not identified with the colorful person. The story of Rambambaz again is full of accurate casting, dialogue arrows and two to the point story. This is the second installment of Rangbaaz again. In the first installment, writer Siddharth Mishra presented the story of gangster from Uttar Pradesh, while this time Rajput of Rajasthan has done a successful show of gangster Amarpal Singh, who runs a liquor contract. Good try

The battle between Jat and Rajput is the knot of this entire series. Which is strongly felt throughout the story. The series begins with Amarpal Singh going to jail and the journey begins with a film story that often shows the reason behind the hero becoming a gangster.

There are many such gangster based films, from the company, Gang of Wasseypur to Once Upon a Time in Mumbai. At times, we have been exposed to the emotional story of a Sharif being a gangster on screen. But the speed with which Amarpal Singh’s story is shown in the first episode of the series increases interest with newness.

The college’s ambassador Amarpal Singh wants to become an IPS. But between studies, there is a deep-rooted entry of politics in his life, which makes him a must watch face of the politics of Rajasthan from the contract of liquor.

The rest, Spruha Joshi, Harsh Chhaya and Gul Panag reinforce the story with their characters. Amidst all this, seeing Amit Sial and Zeeshan Ayub acts as a temper in the story. Please tell that Sachin Pathak has directed it. Prior to this, he has assisted Nishant Kamat in Drishyam. As the new director, he has been successful in portraying every scene with a strong cast.

The background score makes the series’ action to emotional scene impressive. At the same time, the manner in which the feelings that have been subsided in the middle of the bullet is laid in the story is commendable. Whether it is Amarpal’s relationship with his family or his friends.

The detail work on the location, along with the dialect, language and attire of Rajasthan is completely helpful in cooking the story. Please tell that it is a specialty of the web series that every character has the freedom and time to explain the bankground here.

Which becomes necessary for stories like gangsters. The manner of writing in Rangbaaz again is so accurate that without boiling every character’s bankground gets hooked up with tistic in the series. However, the quality of the series should be that the eagerness to move from one episode to another remains in the audience.

Which in the second episode wanders off a bit. Yet the speed with which the story reaches the climax does not give you a chance to lose sight. 3.5 stars for casting, writing, directing and paying for Rangbaaz Phir again from filmyroom.