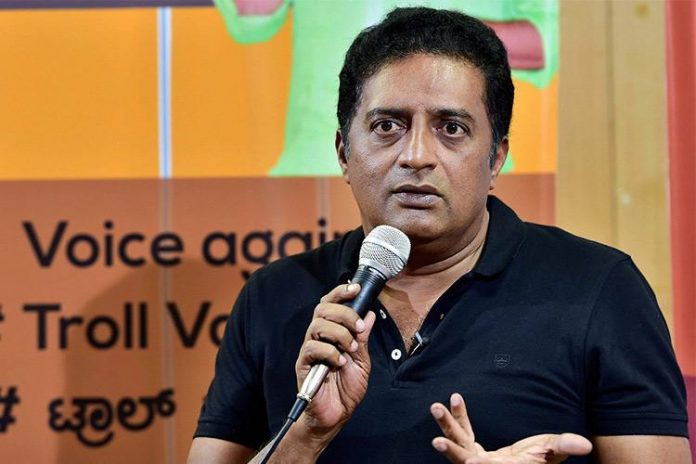 Panic has spread worldwide due to Corona virus. Many cases of corona virus have also been reported in India. In such a situation, it seems to have an impact on Bollywood and films too. After Anupam Kher, Rakhi Samvat and KRK, Prakash Raj tweeted about the corona virus. However, he got caught on social media after this tweet. Not only this, he had to delete his tweet.

It has happened that Prakash Raj has shared on Twitter a way to avoid the threat of corona virus. He said that coronavirus can be avoided by drinking lemon juice mixed with a cup of lukewarm water. After this kind of tweet on this deadly virus, users took a dig at them.

Prakash Raj had to delete this tweet after users trolled on social media. Along with another tweet, he apologized. He wrote, in a hurry to do something good, shared wrong information. But I rectified my mistake and deleted that tweet. 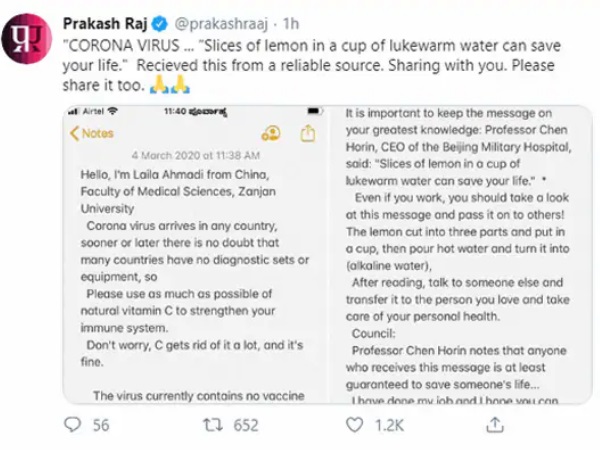 Before this, Anupam Kher posted a video on Twitter to avoid corona virus and advised people not to shake hands while meeting someone but use Indian tradition and say hello with folded hands.

Deepika Padukone canceled the Fashion Week tour in Paris due to Corona virus. The effect of this virus is also being seen on films. Panic over the Corona virus has spread in India too. Many cases of corona virus have been reported so far. After this, advisory has been issued by the Government of India and people have been advised not to panic.