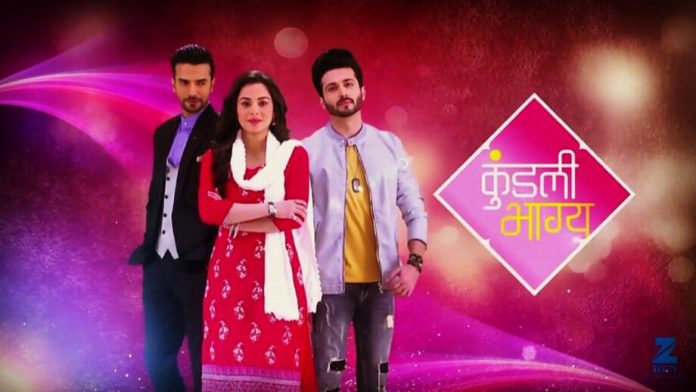 In the last episode of Kundali Bhagya you saw that prathvi goes to Luthra House. He gives his and Preeta’s wedding card to Karan and Rishabh. He also taunts Karan over his marriage to Preeta. He specially invites Karan to come to the wedding.

At the same time, Srishti tells Preeta that Prithvi is marrying you just for revenge. Sarla srishti the creation to change Preeta’s mind.

Karan gets upset. He calls Preeta, but there is a fight between the two and both disconnect the phone.

In the next episode of Kundali Bhagya you will see that Preeta tells Srishti that no matter what happens, I will not marry Prithvi. I have made up my mind that I will not marry.

On the other hand, Prithvi is excited about his marriage with Preeta. He is thinking that Karan and Rishabh’s face will be worth seeing in marriage.

Problems will be seen on Karan’s face. He goes out of training. Will Karan stop Preeta’s marriage? Stay tuned with us to know.