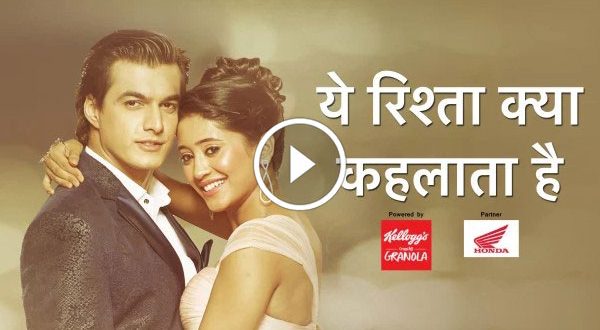 In the TV show Yeh Rishta Kya Kehlata Hai, tremendous drama is being seen these days. In the show, Vedika first husband Akshat has taken entry in Goenka House. There is an atmosphere of happiness in the house. Celebrating the birthdays of all dynasties. During this time, Karthik and Naira got to spend personal time together.

Now some videos of the show are going viral on social media. It was shown in the video that Karthik-Naira will also speak about his heart. He will tell his heart to Naira in a very romantic way. He also carries Naira in his lap. But Vedika listens to all of Kartik and Naira. Vedika is shocked to hear all this.

With this, the thing to be noticed in the video is that Karthik lifts Naira in his lap. But Karthik has raised Naira with one hand. It is being estimated from Karthik’s behavior that Karthik is behaving like this due to the breakup of both.

Let us know that the onscreen and offscreen chemistry fans of Mohsin Khan (Karthik) and Shivangi Joshi (Naira) like it a lot. Both were in the relationship for a long time. But now there are reports that both have done a breakup. Both have separated their paths.