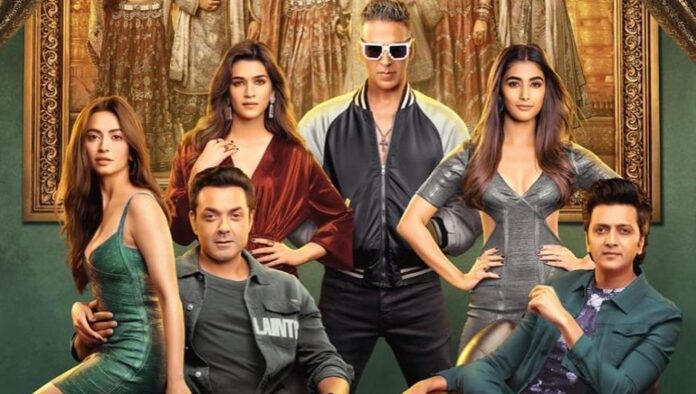 The trailer of Housefull 4, which is full of 600 years of history and full of laughter and laughter, has been released. Apart from superstars Akshay Kumar Bobby Deol and Ritesh Deshmukh, the love mystery of Kriti Sanon, Kriti Kharbanda and Pooja Hegde seems to be quite tickling. Seeing this trailer, you will understand that almost all the stars have been reborn in this story.

Akshay Kumar of 2019 remembers the love of the 14th century and has seen a lot of raita spread since then. Apart from all these, Johnny Lever, Chunky Pandey, Ranjith and Nawazuddin Siddiqui are also seen in the film.

Seeing the trailer of the film, you are really going to gossip. According to the reports, Housefull 4 is being made in a very big budget, whose starcast is also very big. The film was previously directed by Sajid Khan but is now making it Farhad Samji.

There are two cinematographers working for the film who will capture the 16th as well as the 21st century. Many scenes in the film remind you of Padmavak to Bahubali. At the moment, you see this hot trailer …