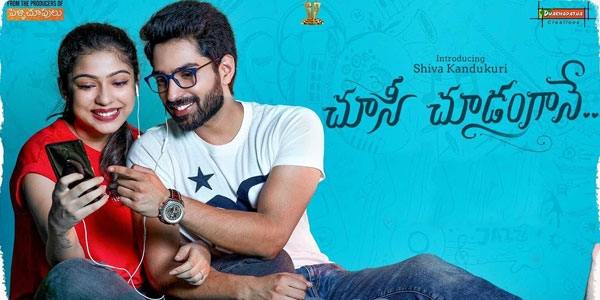 Siva Kandukuri is debuting with ‘Choisei Chudangane’, which features Varsha Bolamma in the lady lead role.

The trailer of the film is now out. Siva is seen as a normal college-going boy who falls in love with a girl from his college Malavika. However, things do not go as planned and this relationship collides with a rough patch. Later, he meets a happy-go-lucky girl, Varsha and their journey forms the main plot. Both these stories are depicted in a realistic way.

The dominant pair, Shiva and Varsha seem very natural. His chemistry suits the screen. Shivaa plays in his role and gets emotional well. Rain also does a good job.

Gopi Sundar’s background score is appropriate and gives some scenes a soulful touch.

The director, Sindhu Sindhu Rao, has picked up a love drama theme and narrates it with near-to-heart feelings. The trailer is refreshing and will be liked by the younger segment of viewers.