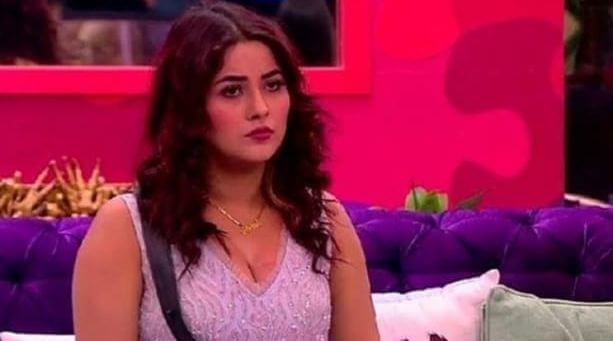 This week of Big Boss 13 was completely highlighted by Shahnaz Gill. Where there are many issues between Shahnaz and Mahira. Even Shehnaaz appeared annoyed and angry with Siddharth. Now Shahnaz has done such an act on Weekend War that Shahnaz has also annoyed Salman badly.

According to the video, there is a comparison between Shahnaz and Mahira, who burns more. In such a situation, people had to give their opinion. More people accept that Shahnaz is jealous of Mahira. Shehnaz is heartbroken to hear this, she starts crying.

Salman explains this to her but she cries rapidly saying that she no longer has to live in this house. Salman gets very angry at this behavior of Shahnaz.

Shahnaz is not ready to listen to Salman in any way. Salman says open the door of the house and take it out of the house. Angered by Salman’s talk, Shahnaz sits near the gate. Siddhartha goes to them and tries to convince them. Watch this viral video here and these glamorous pictures of Shehnaaz ..

This is how Shahnaz will begin

Punjab’s famous actress Shehnaz Gill was born on January 27 in Chandigarh. He completed his studies in Punjab.

Shahnaz wanted to become an actress since childhood. He made his debut in the acting world with an album.

Shahnaz Gill is a big name in the Punjab film industry. He can be seen in many Punjabi albums. Baby and Lacquer Lahnta are his popular songs.

More than 1 million fans of Shahnaz

Shahnaz has more than 1 million fans on social media. She keeps uploading many types of videos and photos for her fans on the day.

Of all his Punjabi songs till date, the most popular song has been Kala Shah Kala. Which is also very liked by the listener of Hindi music.

Please tell that in the home of the Big Boss, Shahnaz has kept his connection with the mail and female contestants. His name is currently associated with Siddharth Shukla.