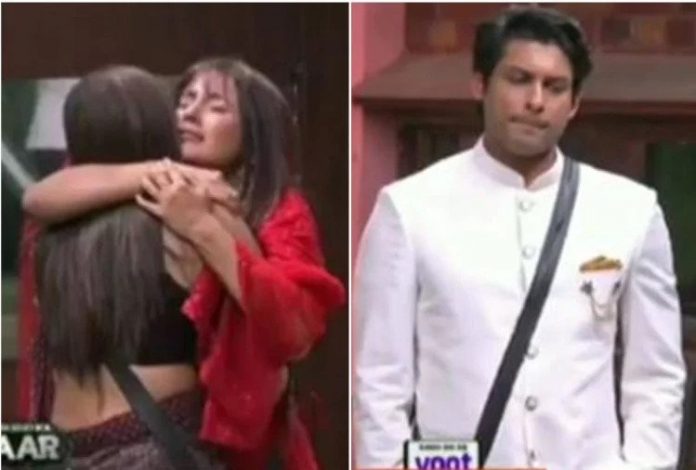 Bigg Boss 13 is now at its last stop. New twists and turns are seen daily in the show. The weekend of the show is most special in the show. Salman organizes a class of contestants on Weekend War. So there is also an Eviction every week. Sometimes the show gets a twist and there is no eviction. This time too, the weekend war was very special. In which Salman fiercely introduced Asim-Himanshi. So Katrina Shahnaz Kaur Gill of Punjab wept bitterly.

It is understandable to have Asim Himanshi’s class. But why did Katrina of Punjab, that is why Shahnaz Kaur Gill cried so much? Shehnaaz’s reason for crying is Eviction. The episode that will air on Monday will show Salman asking Shahnaz to come out of the house this week. Actually Shahnaz Kaur Gill, Vishal Aditya Singh and Siddharth Shukla were in Bottom-3 this week. One of these three houses will be homeless today.

During this, Siddharth Shukla also appears quite shocked. While Shahnaz is seen hugging Rashmi and weeping, Siddharth is seen standing quietly in the corner. Seeing Siddharth’s reaction, it seems that he is unable to believe this. Siddharth too was sad to hear Shahnaz’s eviction.

By the way, if the reports are believed, Eviction is fake. Salman talks about making Shahnaz homeless in fun. Significantly, Salman has also pranked many times before. But still this is the home of Bigg Boss, what cannot be said here when. It will now be seen which of the members of Vishal, Shahnaz and Siddharth will be homeless in Monday’s episode.