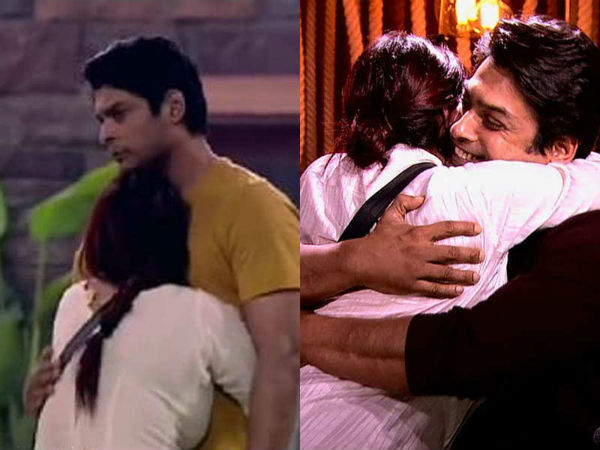 In Big Boss 13, the war of the weekend was completely focused on Shahnaz Gill. Where Salman Khan was badly offended by his behavior. Not only this, Salman Khan warned Siddharth Shukla that he should try to handle Shahnaz. She loves him madly.

At the same time in today’s episode, romance will be seen once again between Shahnaz and Siddharth Shukla. But this time the whole matter will be different. Where Shahnaz is seen once again raising his hand on Siddharth. Its video is becoming increasingly viral on social media.

While giving Shahnaz threatening proposal to Siddharth, I say I LOVE YOU and say that I will tear you down. Even Shehnaz says that I don’t mean winning this show. I love you Shehnaz slaps Siddharth and hugs him.

In this video, it is clear that Siddharth is not aware of how he will handle Shahnaz. On seeing this, the fans are clearly realizing that Shahnaz completely likes Siddharth Shukla. This video is being watched fast. See also Shahnaz’s madcap video for Siddharth and Siddharth Shukla’s love life ..

Let us tell you that according to the report of Spotby website, Shefali Jariwala and Siddharth Shukla have dated each other long back. The website claimed that Shefali and Siddharth had been in a relationship before Shefali’s first marriage to Harmeet Gulzar.

This was the reason for the break up of the relationship

According to the website, the reason for the breakup of Siddharth and Shefali was the compatibility with each other. Both of them had a breakup due to lack of relationship with each other.

Well, let us tell you that apart from Rashmi Desai and Aarti Singh, Siddharth Shukla’s name has also been joined by Kajol’s sister Tanisha Mukherjee. Not only this, Siddharth’s affair and relationship have also been discussed with Smita Bansal along with Drishti Dhami. However, no definite information was ever revealed.

Now Siddharth’s pair is being formed with Shahnaz in Big Boss’s house. Seeing which the fans are looking very excited. There is a lot of buzz on social media about the pairing of both.