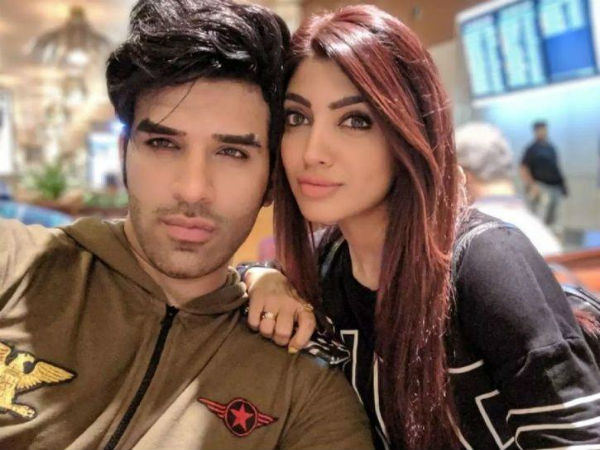 There is still one month left for Big Boss 13 to end. In such a situation, many twists are being brought to the show in terms of games. There are many revelations about the personal life of the Contestants.

After Rashmi Desai and Arhan’s relationship, now someone’s external relationship in the house is in discussion, then she is Paras Chhabra and Akanksha Puri. Akanksha has earlier appeared on the show’s Weekend episode saying that Paras is with Mahira inside the house only for the game.

We had talked about this before coming inside the house. But the way Paras Chhabra raised the talk of a breakup with Akanksha in the war of the past weekend, a lot of ruckus about it will soon arise in the show. According to the information received, Paras Chhabra’s girlfriends can come inside the house by next week.

Aakanksha will be entered and then

According to media reports, Akanksha Puri will soon enter the house of Big Boss. Akanksha will come for a special task on the show. It is possible that with his arrival, the entire focus of the show will be between Akanksha-Paras and Mahira. Akanksha can appear in the show for not one but 3 to 4 days. She can also breakup.

Paras revealed that he should move forward

Recently, during an episode, Shefali goes to Jariwala and clearly tells Paras to go out of the house and talk about the matter with aspiration. On this, Paras says that I have to do it. I have been speaking since day one. Now after seeing this thing, he should move himself.

Will I play the game accordingly?

Mahira goes and explains to Paras that if that girl is finding something wrong then she should stop all this. On this, Paras replied that according to him, will I play Big Boss? With whom I do not want to live ..

There will be five wild card entries

The breakup was said in the beginning of the show

Akanksha also has a name in this wild card. Explain that at the beginning of the show, Paras, while talking about his girlfriend Akanksha, told Aarti Singh and Daljit Kaur that he wants to breakup but Akanksha is passionate, due to which he never says it to her.

On this, Akanksha gave her response and said that it is quite shocking. I am very upset to hear that I am not such a person. If I hear anything and start crying, it is not like that.