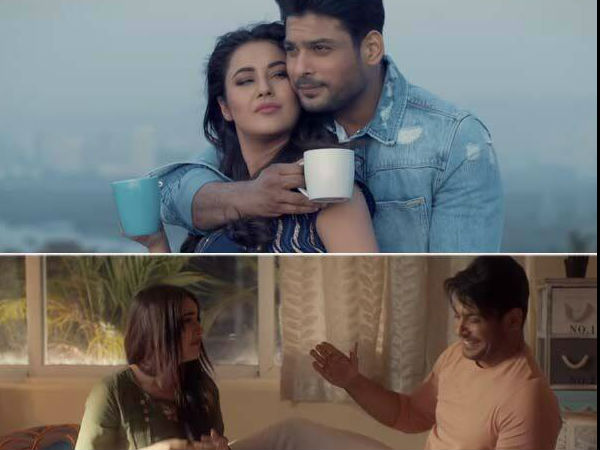 The music video of Big Boss 13’s popular duo Siddharth Shukla and Shahnaz Gill Bhula Dega has been released. You will not be able to lose sight of the romance between Sidnaz in the song. The song is sung by Darshan Rawal and choreographed by Puneet J Pathak. He is also the director of this music video.

In this video also you will get to see the chemistry and romance between Sidnaz. There are many scenes that remind me of Big Boss 13. It is no surprise to say that the duo is a superhit in this music video. Let me tell you that Shahnaz Gill has recently announced that she is in love with Siddharth Shukla.

Apart from them, she cannot give space to anyone else in her heart. However, Siddharth has not yet declared his love. But in this video, Siddharth’s love for Shehnaz is made. Meanwhile, let us also tell you that Big Boss 13 is being shown once again on Colors Channel.

Due to Corona virus, it is being telecasted again for the entertainment of the fans. For now let’s show you these videos, as well as 5 best pictures of Shahnaz Gill and Siddharth Shukla .. More Music VIDEO

There is no point in saying that the discussion of the two is not taking the name of the end after the show is closed. The two together make a perfect pair.

It is no surprise to say that the real TRP of the show was due to Siddharth and Shahnaz.

Even when Shehnaaz’s show Me Shaadi Kargeon Mein Siddharth was entered, the fans had made such pictures viral about both of them that the real bride and groom are both looking like this.

However, the duo of Shahnaz and Siddharth is the first such pair of Big Boss season so far to have received so much love.

Will not lose sight

Shahnaz looks stylish and glamorous in every picture on social media. See below for the release of Siddharth-Shahnaz’s song VIDEO