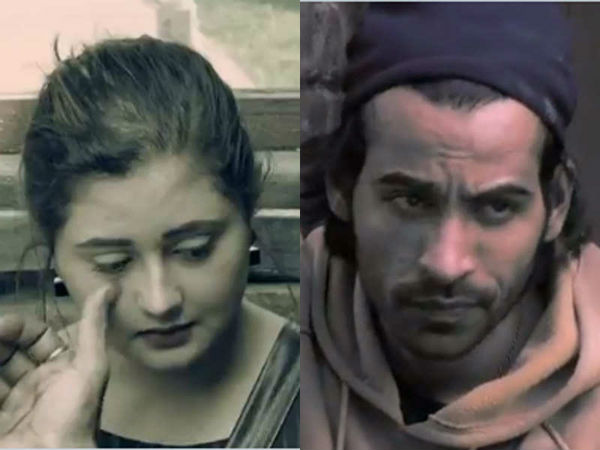 After two weeks of waiting, the elimination of Big Boss 13 took place. Arhan Khan dropped out of the show. Explain that for the second time, Arhan was sent inside the house to pursue his relationship with Rashmi Desai.

But after the revelations of his contraversive and personal life, Arhan Khan could not do what he expected within the show and among the audience.

In an interaction with the media after the show, Arhan has also spoken to Babaki on what will happen next with Rashmi, along with the revelations of her personal life by the makers and Salman. Arhan said this clearly that he is upset that his past in the show was brought to everyone in this way.

Nothing to say for salman bhai

On Salman’s disclosure of his marriage and child on Weekend Ka Vaar on the show, Arhan said, “I don’t want to say anything for Salman Bhai.” He is our idol. They must have done well thinking. But I am upset with the channel.

Why did my past unfold?

Arhan further explains why my past was exposed in this way. This has not happened in any season. It was very strange to open Rashmi’s eyes. This cannot be said on my own personal life. Even Devolina raised it, it is wrong.

My son is five years old.

In a conversation with Bombay Times, Arhan has revealed that my relationship has ended five years ago. It lasted only six months. She has settled abroad. My son is five years old. He has started a new life, he is engaged to someone else.

We both had decided ..

Arhan further said that Rashmi knew nothing about this. I even gave him a hint several times. Both of us had decided not to bring our past to each other. It was not the right time to tell Rashmi. I would have told myself but I was shocked to see the bomb that exploded.

It’s against the honor of woman

On Siddharth’s statement about such a girl, Arhan said that if any girl is told this, she will not like it. It is against the honor of the woman. Everyone knows what this means. There was also a fight. Rashmi was very sad. If you speak anything five hundred times, anyone will get angry.