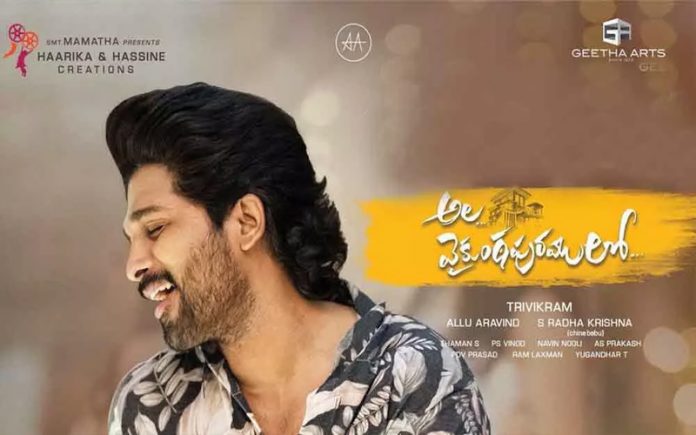 Allu Arjun’s movie, the second largest in Telugu movies of this month, has been released. Now see how much this movie of Allu Arjun is going on.

The story of the movie is such that Valmiki (Murali Sharma) works in a small position in a big company. During the birth of his son (Sushant), his boss’s wife (Tabu) also gives birth to a child (Allu Arjun). But troubled by his bad times, Valmiki deftly changes the children. As time passes, there is a sad twist about the events. And everyone knows the truth.
The rest of the story is how Allu Arjun is known as Bantu who does things right.

Allu Arjun has performed well in this movie, Bani’s all-round performance is the biggest attraction of the film. His dance, comic timing and performance was the best part of the movie. All his scenes with Murali Sharma are quite well designed.

Talking of Murali Sharma, she is the backbone of the film and has shown her best performance till date. He is seen as a frustrated and cunning father and gives the film a new angle. Tabu makes a good comeback and was good with Malayalam actor Jayaram in important scenes.

Pooja Hegde is given a beautiful roll as usual and the chemistry with Bani is so sweet. They make an adorable couple. Sachin Khedekar has got an important role and he is quite good in emotional scenes.

In the end, Sushant gets a good role. He is quite suppressed initially but performs well in the last part of the film. Last but not least, Thaman is the unsung hero as his music takes the film to another level.

In some areas the emotional content could have been even stronger. Tabu’s role is monotonous for the most part because some solid family feelings between him and other family members matter a lot.