Ayushmann Khurrana and Nusrat Bharucha starrer The much awaited film ‘Dream Girl’ has knocked in theaters. Directed by Raj Shandilya, the film received overwhelmingly positive response from critics. At the same time, reactions have also started coming from the general public. The film’s first day, first show has been fantastic. Dream Girl is getting compliments on the compliment. With the release of the trailer, the film was in the news. Ayushmann has now become an audience favorite, giving successful films back to back. His films include the dose of entertainment as well as some important things related to life.

Here is what the public has reacted to on social media about Dream Girl. 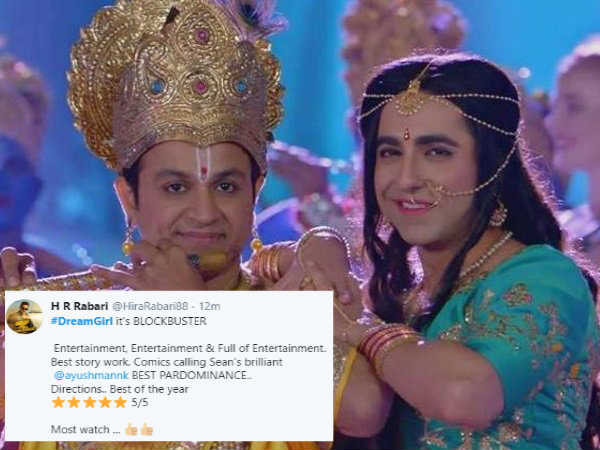 Blockbuster is the film.

There is a lot of entertainment in the film. The audience has already called the film a blockbuster. Ayushmann’s acting is especially appreciated.

Ayushmann has won the audience heart by becoming Pooja. At the same time, the script of the film is also quite new. The dialogues of the film are also written by director Raj Shandilya. 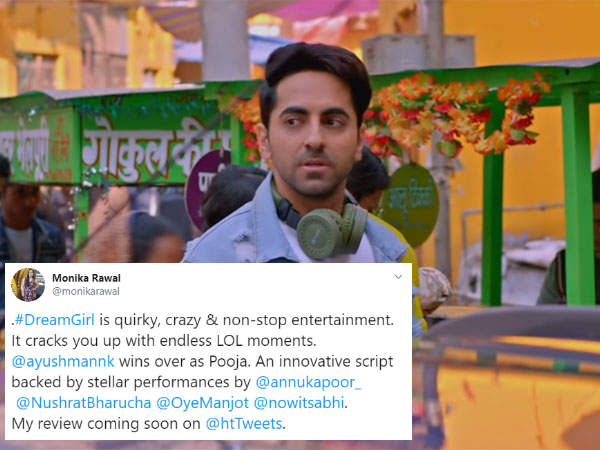 Viewers have full expectation of entertainment from Ayushmann’s films. In such a situation, Dream Girl fully meets expectations.

With films like Badhaai Ho, Article 15, Andhadhun, Ayushmann has tried his hand in different films. The audience also paid attention to this .. and praised the actor.

Dream Girl may be among the best films of 2019. It will be interesting to see how the film performs at the box office.